However, before investigating specific nonlinear models for time series data, it is desirable to have

a test of nonlinearity in the data. And since most of real-life data collected are non-stationary,

there is a need to investigate which of these test is suitable for stationary and non-stationary data.

nonlinearities in observed time series, these tests include Keenan and Tsay tests, and they have

been used under the assumption that data is stationary. However, in this paper, we investigated

the performance of these two tests for stationary and non-stationary data. The effect of the

and nonlinear autoregressive structures using R-software. The powers of tests were compared at

different sample sizes for the two cases. It was observed that the Tsay F-test performed better

non-stationary and vice-versa when data is stationary. Finally, we provided illustrative examples

by applying the statistical tests to real life datasets and results obtained were desirable.

Yule, G. U. (1926). Why do we sometimes get nonsense-correlations between time-series? { A study in sampling and the nature of time-series. Journal of the Royal statistical society, 89(1): 1-63.

Our journal is now available to everyone
Download Journal 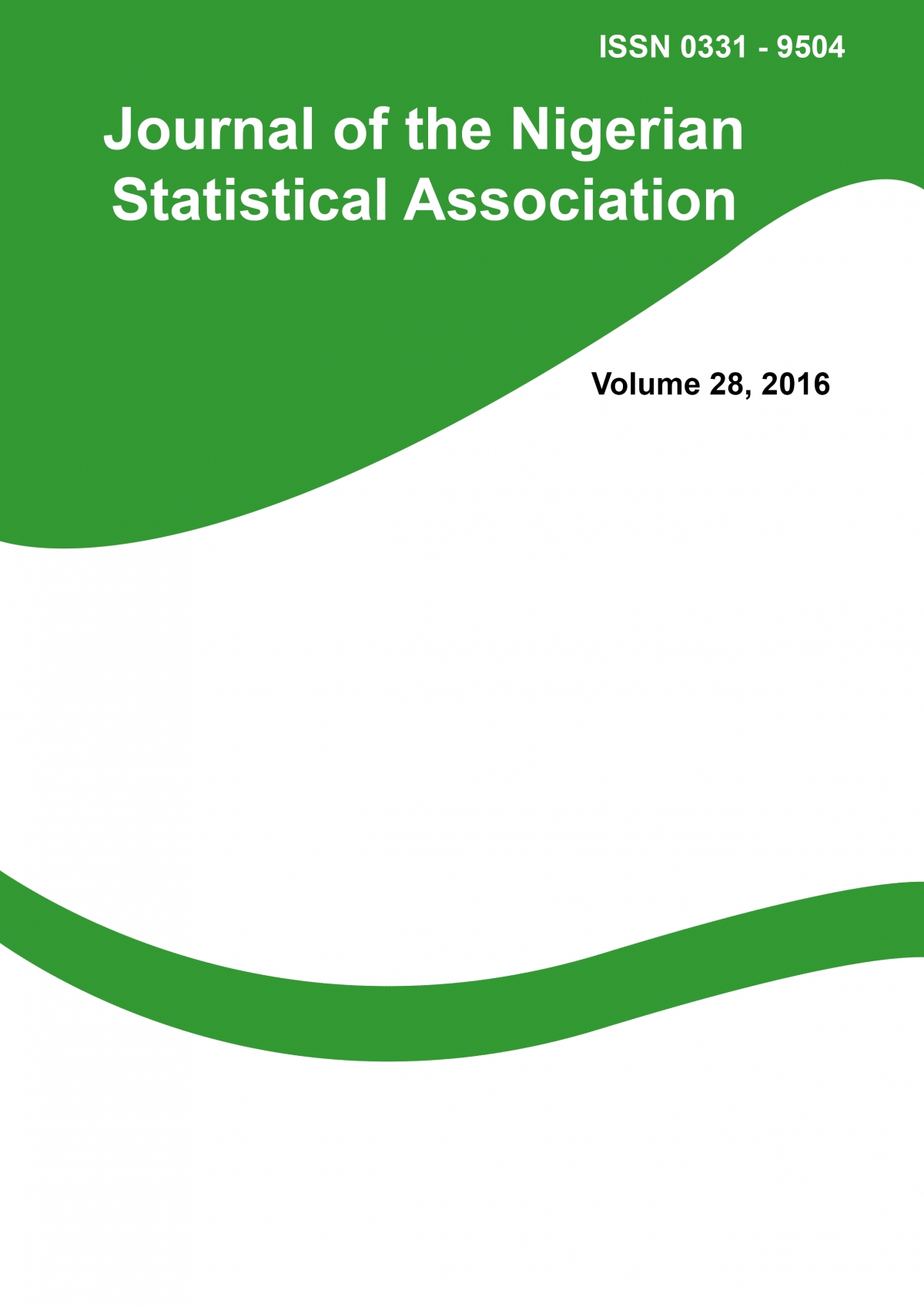 Journal of the Nigerian Statistical Association Vol. 28, 2016
2016
BACK TO JOURNAL
ABSTRACTS